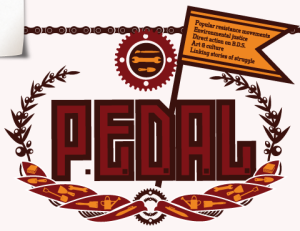 Towards the end of last year I spent a day with a small group of folk planning a bike ride to Palestine. The plans are now complete and the group is now P.E.D.A.L. an acronym that stands for their aims:

On 19th and 20th March they’re holding a weekend of workshops before they head off for their 100 days to Palestine. Read their blog for more info. 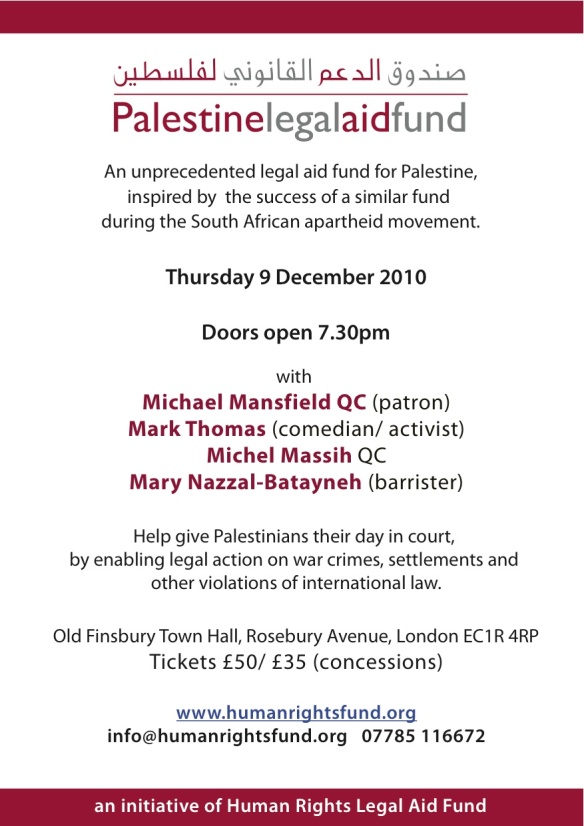 The legal aid fund was inspired by the successes of a similar fund during the South African apartheid movement which made a real difference by fundraising for legal action.  Among its many successes was the defence of Nelson Mandela from the death penalty in 1963.

The legal aid fund for Palestine is supporting unique legal challenges on war crimes, home demolitions, settlements and other human rights abuses.  Where the international community refuses to take action, we nevertheless can do so.

3 months cycling to Palestine, engaging with communities along the way, especially communities of resistance. Sharing stories, creating a story. Using performance and art, perhaps building up an international troupe of performers. All the while highlighting the struggles and resistance of the Palestinian people. Sound exciting?

On Sunday I was working with a group of activists planning just such a venture. The conversation had started during an outreach cycle ride to the Rossport Solidarity Camp this summer. The cyclists were moved by Israeli forces attack on the peace flotilla bound for Gaza to deviate from their planned focus and stop to take action in solidarity. The idea of an outreach ride to Palestine was almost inevitable.

We met to begin to explore a vision for the project. It’s a real pleasure to play a useful role at the start of projects such as these. Another pleasure was the absence of pressure to have it all done and dusted in a day. This was an exploratory day and decisions could be deferred to the next meeting.

I used several of the tools used with the Bridges group and added a spectrum line discussion to provoke thinking on some of the major issues behind the purpose of the ride. Once again using a simulated media interview to invite reflection and analysis of a project worked a treat. I’d been asked for a creative day that avoided a ‘big circle’ meeting.  We possibly went too far the other way, as there was an evaluation comment that “more plenary discussion would have been appreciated”

The group was tired and a little worse for wear from the Just Do It fundraiser the night before, which impacted on the later activities. But with regular energisers we got there.

In terms of what worked well on the day, the group said:

Inevitably there were things that worked less well

3 months in the saddle ought to sort out those hangovers…