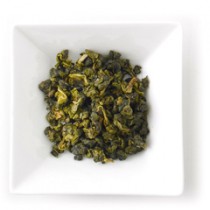 Carl and I met this week for a general catch up and planning session. He very kindly made the journey to Leicester and after an early lunch we adjourned to a local cafe and explored a wide range of topics.

Naturally we had to cover the mundane stuff like finance, developing this website, publicising our existence and so on. But we talked about the year ahead as well. So here’s a taste of what we discussed and decided:

We already share our learning through this blog. But we realise that we’ve written loads of stuff over the years about building, supporting and empowering grassroots campaign networks, community organisations and so on. So we decided that the time has come to pull it all together into one place. We’ll be looking for funding to write a book that we hope will be of use to anyone involved in the life of a local campaign group or community organisation, NGO capacity-building staff, national networks and so on. If we get the funding we’ll blog it chapter by chapter so you can interact with it, and help shape it. Then it’ll be stuck together and made available to download, for free we hope.

We’re also considering a piece of what we like to call barefoot research, to look at participation on a community level – the aspirations and the obstacles. Barefoot because we’re practitioners not academics, because we want to approach it from the bottom up and work with communities. Whatever we come up with will shed some light on why people do or don’t get active in their community. This seems like essential knowledge to have in a world in which rebuilding community  and localising our economy may be our biggest hope in the struggle against climate change.

Our conversation took in the social media. Clearly we already blog and the good news is that Carl has offered to write more regular posts, so look out for those. But it’s easy to believe that without a Facebook page you’re nothing. Nothing personal to those of you on Facebook, but we feel that right now we can live without it. Same goes for Twitter. We’ve played around with the odd tweet, mainly directing people to our blog or another blogger’s post that’s grabbed us, but in general we decided it was a technology we could live without for now.

It’s a bit like the blue tea on offer in the cafe. We’re very comfortable with black tea, green tea, even white tea… but there comes a point when the latest tea doesn’t really add much to the sum total of humanity’s tea-experience. Facebook and Twitter are a bit blue tea for us right now.

Lots in the pipeline, which you’ll read about as we reflect and report back. Specifically we talked about addressing the issue of the lack of funds in NGO training budgets to send staff on the training they want and need (at least at the end of the organisations that we deal with, network support and capacity building staff). We’ve tried to co-ordinate a couple of courses this year with our friends in the NGO Forum, but budgets have been tight and we haven’t been able to make it cost-effective. Given that we rely on work with the NGO community to fund us to work, for free, with other groups, that’s a problem. So we’re going to explore some funding options to work with NGOs as partners and design and deliver bespoke courses for their staff.

We’re also thinking about more coaching, as we’re often approached by people who want skills and want tailored support, but are the only person in their group or organisation that requires the support. Training isn’t appropriate, so coaching is the way forward…

We haven’t co-facilitated anywhere near as much as we’d have liked to. Shame – opportunities for learning from each other would be welcome. In general it’s been a pragmatic choice – the paid work we’ve been offered rarely pays enough to warrant two of us. And we’re a tad busy to co-facilitate the pro bono stuff. So we’ll keep looking for opportunities including outside of Rhizome. We’re both Turning The Tide volunteer resource people so we may well co-facilitate some of the work we do for them.

And for the curious – Carl’s was breakfast tea, mine mao feng green tea.