Here at Rhizome towers, we have facilitated many Open Space events and sessions over the years.

Through our desire to share our experiences, and support healthy organisations and rewarding events, we developed a series of useful Open Space resources free for you to download and use.  Here are some reflections, questions and hints too…

Sometimes we’ve followed the Open Space Technology methods to a T, and other times we’ve taken a more informal approach, using the methods without calling it as such – “a rose by any other name would smell as sweet” – or the Delia Smith method!  Some years ago I went on a week-long Open Space training in Germany run by some of the pioneers, where we did Open Space on Open Space, so I am in theory a highly trained accredited OST facilitator (& of grammatically-correct capitalisation!), but more of that (the OST training!) later… 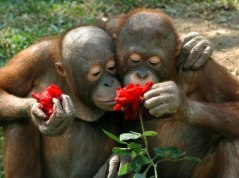 I remember in the first decades of my grassroots (ecological) campaigning many times we used what I later learnt were Open Space techniques, without using the terminology or the strict rules – if they were given a name, they were often called a bazaar or market. It was a useful approach in an arena characterised by voluntary effort and association, and with many organising and cultural influences including anarchism. I remain extremely grateful to the movements that came before and the active individuals who shared their learning from the women’s rights movement, anti-racist and justice campaigns, the peace and anti-nuclear movements, animal rights and liberation, Movement for a New Society and many others. Hopefully in Rhizome’s work with you you can get a flavour of the cross-pollination that we’ve learnt from over the years, and that we endeavour to encourage ourselves.

The times we’ve blogged about our experiences in using Open Space, adapting and borrowing parts of it, include the NGO Capacity Building Forum’s Supporting Local Group Networks and their event Re-energising and Re-motivating Activists, the World Car Free Network’s Towards Car Free Cities, an advanced decision‑making training Consensus: In at the Deep End, a Transition Network gathering to support initiatives in creating good group process, 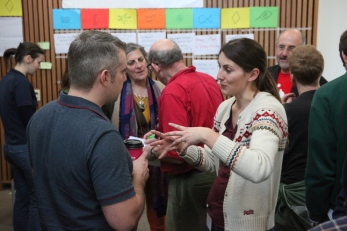 Space for Cycling hosted by the London Cycling Campaign, an UnConference on co-op democracy facilitating for Principle Six and Co-operatives London, and the Rebellious Media Conference. Hopefully you can pick up from these posts that Open Space can work well for an event and the participants, and not so well, or not for everyone. As a facilitator, you try your best to pick the right time for the right tool for the right people.

Sometimes when we’ve used Open Space it has been an on the hoof response to the tension between those who’s needs are better met through small group discussions, and those who see the needs of the group being better met through plenary sessions. It’s an interesting tension to work with, and sometimes as facilitators we can get caught in the cross-fire. When facilitators are clumsy, we can end up putting ourselves in the line of fire, but it can just happen that we end up representing a role for the group, and potentially helping play it out ‘on their behalf’. There’s interesting theories and approaches on this, such as Bion’s Pairing Theory and Process Work (AKA World Work, Deep Democracy)…future blog posts to be written, if there’s interest from you, dear readers.

Rhizome gets asked to design whole packages of support to organisations and networks, and we’re proud of the work we’ve created and the positive impacts it can have – we’ll be blogging next about one such piece of work for Co-operatives UK. Focussing back on the topic of this post, we’ve included Open Space as part of a bigger package, for example in our work with the Fairtrade Foundation. It does not start with the event but with planning and asking what the client wants and who are the key stake holders. Like other work mentioned above, Open Space can be useful when building a strong grassroots foundation for a group, maximising participation and a sense of ownership over discussions and skill-sharing.

It’s exciting too when we get to support others to facilitate Open Space sessions, including through mentoring and training, such as for 6 Billion Ways, the Camp for Climate Action, and sharing our learning and experiences directly with NGOs including Friends of the Earth, WDM (now Global Justice Now), and the Jubilee Debt Campaign, Open Space training sessions e.g.for the Environmental Training Network, and an event package for People & Planet.

Some of the issues with Open Space were highlighted in our work with People & Planet – the dangers of domination and lack of participation in small groups, how to work with the British mainstream politeness in not getting up and leaving discussions that aren’t working for us, balancing control and the heart and soul staff may have poured into developing strategic goals within NGOs with members – especially ones that talk of being member-led. Without small group facilitators, or with one individual given the role of kick-starting the discussion, taking notes and facilitating (as I was taught in my long OST training), discussions can veer ‘too far’ off topic. It’s possible that as facilitators of the overall process too, we can be too focussed on doing things differently and wanting participative processes to see that what is needed instead or as well is something different. Another potential pitfall is that it relies on the energy of the participants and how much they care about the topic; as awareness and use of Open Space has spread, it has been used as another way of running meetings by the statutory sector (e.g. councils, hospitals), without always checking that it’s appropriate and that there’s enough energy from the people present. Some of the issues we’ve highlighted so far are how the method is facilitated, but others may also be problems in the very design of OST.

Which brings me on to where I started, with the week-long Open Space training, which turned out to be in the formal strict OST method, from a German approach. As a result, there were issues around the facilitation – it took us a while to figure out through a process of deduction, that we would not get any questions answered by the facilitators if we asked them in the main room or the corridors, but instead had to wait for the times when a famous and experienced OSTer was in the library. And we had some fundamental questions that felt pretty important to us in the application of Open Space Technology – about safety, confidence and assertiveness, and about how to work with the direct experiences of discrimination and oppression in society that people bring with them (and get reproduced in situ). Some of these questions came largely with the British contingent and our culture(s), of creating safer spaces for learning and transformation that at the time were so key (and continue to be today). Some of that grassroots ‘activist’ culture has since started to shift, with the Process Work and Training for Change emphasis on how can marginalised people step in to their own power (in a way that’s not managed by those with the power, and as a strategy for maintaining control).

So what answers did we get in the library? So here is what he said…

OS is not about group building and doesn’t change hierarchy or power. It assumes people are empowered. It is not necessarily participatory or democratic, it is just open space for self-organisation. OS is not a process for those things to happen, but they may happen anyway.

Another of the questions we brought with us was about how to have less control as a facilitator; what we saw instead was an obscuring of the power of the facilitator behind the rules and structure of OST that could not and should not be challenged. When someone suggested a brief exercise to share information on our confidence level in the OST space so far, the facilitator blocked it as not appropriate for the ‘Evening News’ section of the day, and when other people said they would find it useful too, the facilitator closed the session and stormed out. I later found why he may have responded like this – on page 119 of the Open Space book, this is the prescribed response for a facilitator when “mad egoists” try to hijack the process! 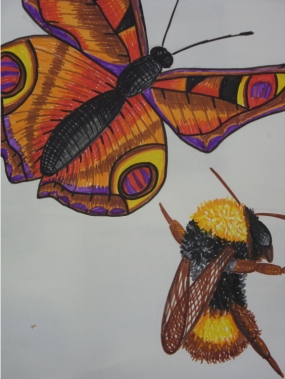 Now the thing is, I like OS (and I liked our facilitators) – it seems a shame that a good set of ideas should be distracted from by being presented in anything other than an open way. Maybe if we as OS facilitators consider if being ‘invisible’ can accidentally turn us into shadowy figures, somewhat inaccessible to the group, with an unclear agenda, then we can make a real effort to interact and share information on an equal footing with our participants – with no secret rules they have to figure out! Participants that challenge or bend the plan are not automatically a threat who must be obstructed until they submit meekly – they are engaging with the process! And OS is strong enough to handle this!

However, that doesn’t mean the pendulum should swing the other way towards individualism. It was our Southern European comrades on this training in ex-East Germany, near Berlin, that helped us look through that prism – that OST is based on a US model of individualist democracy and freedom that doesn’t take into account privilege and rank, and expects that everyone can step up straight away and present a topic winningly to a large group of people.

I can see clearly now the rain is gone…

Through the experiences of the training I went to, and through the times all of us ‘Rhizomistas’ have used Open Space, when I could see its limitations, I could also much more clearly see its uses.

I’ll end with a few more hints (in addtion to our downloadable Open Space resources) and some questions: